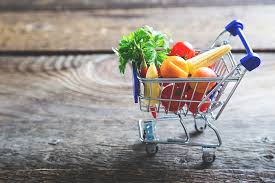 A food craving is an intense desire for a specific food. This desire can seem uncontrollable, and the person’s hunger may not be satisfied until they get that particular food.

Food cravings are caused by the regions of the brain that are responsible for memory, pleasure, and reward.

An imbalance of hormones, such as leptin and serotonin, can also cause food cravings. It is also possible that food cravings are due to endorphins that are released into the body after someone has eaten, which mirrors an addiction.

Emotions may also be involved in producing a food craving, especially if a person eats for comfort.

Pregnant women experience especially strong cravings, which may be due to hormonal changes that can disrupt their taste and smell receptors.

There is also the possibility of a connection between the cravings and nutrients. This is the idea that the body craves certain foods because it lacks certain nutrients.

Craving can be selective or non-selective.

Selective cravings are cravings for specific foods, which may be a person’s favorite chocolate bar, a specific burger from their favorite restaurant, or a bag of potato chips.

Non-selective hunger is the desire to eat anything. It may be the result of real hunger and hunger pangs, but it can also be a sign of thirst. Drinking water may help with intense non-selective cravings.

One study found that stressed women are more prone to cravings for sweets than women without stress. Eating due to stress may also cause weight gain and a larger hip circumference.

Stress may also cause weight gain on its own, without extra food cravings. Stress results in higher levels of cortisol, the stress hormone, which may promote belly fat.

Hunger and thirst can produce very similar sensations in the mind, causing it to become confused. One of the easiest ways to reduce food cravings is to make sure the body is hydrated throughout the day.

Drinking plenty of water helps clean out toxins from the body, which may also benefit a person’s overall well-being.

A 2013 study found that not getting enough sleep could alter the body’s hormonal balance. This imbalance contributes to overeating and weight gain.

The researchers noted that when the sleep-deprived participants switched to an adequate sleep schedule, they lost weight, which indicates that their hormones were brought back into balance.

A healthful diet should contain plenty of lean sources of protein, as they may help reduce cravings.

A study in the journal Obesity found that overweight men were able to reduce their cravings by up to 60 percent by getting 25 percent of their daily calorie intake from protein.

The same study found that a high protein diet helped reduce the desire for nighttime snacks by 50 percent.

Chewing gum keeps the mouth busy and may help reduce both sweet and salty cravings.

eplacing habits can be difficult, and some food cravings may be due to long-term habits. For instance, if someone gets fast food on their way home from work every day, this practice may reinforce their cravings.

In situations like these, it is best to start new habits. This can be as easy as taking a new route home from work or stopping at the park for a quick walk instead.

For cravings at home, it may help to take a walk around the block, take a shower, or even call a friend. These things may help distract a person from their craving long enough for it to subside.

A healthful diet does not include frequent hunger pangs. In fact, under-eating can make food cravings worse.

When the body is very hungry, it may crave more calorie-dense foods than usual, including fried and processed foods.

Instead of waiting for intense feelings of hunger, it is better to have a regular pattern of meals and healthful snacks planned throughout the day to avoid potential cravings.

For some people, completely avoiding the food they crave may make these cravings worse. This can lead to overeating or feeling miserable without that food. In this case, it may be better to satisfy the cravings with a small, portion-controlled treat.

It can help to put this treat at the end of a healthful habit, such as going for a walk or completing an exercise routine.

In some cases, people can easily satisfy their food cravings by choosing a more nutritious option.

Alternatives for some of the most common foods that people crave include:

Potato chips: To avoid potato chips, replace them with a salty snack that is higher in healthy fats and protein, such as cashews and walnuts. Nuts are high in calories, however, and people should eat them in moderation. Popcorn is also a good replacement for potato chips.

Chocolate: Cravings for chocolate may be a need for magnesium, and some people find they can satisfy the craving by eating magnesium-rich foods, such as almonds. If nothing but chocolate will do, opt for dark, milk-free chocolate that contains at least 70 percent cocoa. The intensity of dark chocolate makes it easier to feel satisfied with less.

Candy or pastries: Sugar cravings can be easily satisfied with whole fruits, such as peaches, cherries, or melon. Keeping dried fruits, such as prunes or raisins, on hand may also be helpful for combatting cravings on the go.

Soda: Sparkling water with a squeeze of fruit juice or a slice of orange can replace a craving for soda. It provides a similar feeling to soda but has fewer calories and no caffeine.

Cheese: Cheese cravings may be helped beforehand by purchasing low-fat and low-sodium cheeses. Some people also like nutritional yeast on their food, which has a savory, cheesy flavor and fewer calories than cheese. Nutritional yeast is rich in B-complex vitamins and folic acid, and is often fortified with vitamin B12.