How to Increase Metabolism 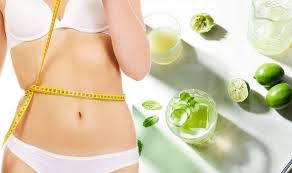 When your metabolism is fast or high, you will burn more calories while at rest or during an activity. A high metabolism means that you have to take in more calories to maintain your weight. This is why some people eat more than others without gaining weight.

Have you heard someone complain how they barely eat anything yet still gain weight? Weight loss or gain is highly affected by the metabolism rate in our bodies. Someone with high metabolism rate can eat any potions of food or even junk food without gaining weight.

By now you are probably wondering:

Metabolism or metabolic rate is defined as the series of chemical reactions in a living organism that create and break down energy necessary for life. More simply, it’s the rate at which your body expends energy or burns calories.

Even when you’re at rest, your body is constantly burning calories. In fact, 60 to 80 percent of the calories that you burn each day are being used up just keeping you alive, according to research published in Frontiers in Physiology. Studies show “resting metabolic rate” and total calories burned is much higher in people with more muscle because every pound of muscle uses about 6 calories a day just to sustain itself. If you can pack on just five pounds of muscle and sustain it, you’ll burn the caloric equivalent of three pounds of fat over the course of a year.

When it comes to the best workouts for weight loss, neither weights nor cardio can completely move the needle on their own. Interval training is the best way to shed pounds, increase your metabolism, and improve insulin sensitivity. One International Journal of Obesity study found that 20-minute HIIT workouts helped women lose 5.5 more pounds and gain more lean muscle mass over the course of 15 weeks than women who did long, steady cardio workouts.

At the gym, sign up for a HIIT class, or turn your favorite aerobic exercise, (running, biking, even walking) into an interval workout by adding periods of intense speed (start with 30 to 60 seconds) followed by periods of rest (normal speed) for the same amount of time. Do this six to 10 times to complete a fat-slashing workout. As you get better, slowly increase the amount of time of increased intensity.

If you want to weigh less, you’ve got to eat less, right? Well, if you’re not eating enough calories, it can cause your body to lose muscle mass, which will decrease the rate of your metabolism. Plus, when you skimp on calories, your body slows the rate at which it burns calories to conserve the fuel it’s got.

In an attempt for quick, noticeable weight loss, many people wrongfully believe that eating as few calories as possible is the best solution. Not only can this lead to numerous nutritional deficiencies as the body is getting less food overall, but it can also actually have the opposite effect on weight loss. Instead of cutting calories like crazy, use the simple diet and exercise hacks below that can help you slim down quickly and safely without screwing up your metabolism.

It takes the body extra effort to break down whole grains than more refined and processed grains, like the flour ordinarily used to make bread and pasta. You can help keep your metabolic rate elevated by consuming foods that the body has to work harder to digest.

Your go-to foods that boost metabolism are whole grains that are also rich in fiber.

The more muscle you have, the more calories you burn—no matter what you’re doing. Hitting the gym helps you build muscle and eating protein keeps your gains from breaking down and slowing your metabolic rate as a result.

Research has found that because protein is more difficult for the body to break down and digest than other nutrients, it can increase post-meal calorie burn by 5 percent. Aim to incorporate some protein into every meal and snack throughout the day.

Metabolism-boosting foods high in protein include:

Leptin is a hormone released from fat cells. It suppresses hunger and signals fullness in the brain ( 7 ). When you do not get adequate sleep, the body makes more ghrelin and less leptin, leaving you hungry and increasing your appetite.

Not only are beans a great source of plant-based protein, they’re also packed with both soluble and insoluble fiber. The process of digesting the fiber and protein in beans burns extra calories, and both types of fiber help lower insulin levels after digestion and cause your body to store less fat. Think of every bean as a little metabolism-boosting pill.

Stress can actually cause the body to metabolize food more slowly, according to research published in the journal Biological Psychiatry. To make matters worse, the food we crave when we’re stressed out tends to be fatty and full of sugar. Researchers say that the combination of high-cal cravings and a stress-induced, snail-paced metabolic rate can result in significant weight gain. To increase your metabolism, fight stress with laughter. Research shows that smiling and laughing causes levels of stress hormones to diminish.

Simply drinking more water may increase the rate at which healthy people burn calories, according to a study in The Journal of Clinical Endocrinology and Metabolism. After drinking approximately 17 ounces of water (about 2 tall glasses), participants’ metabolic rates increased by 30 percent. The researchers estimate that increasing water intake by 1.5 liters a day (about 6 cups) would burn an extra 17,400 calories over the course of the year—a weight loss of approximately five pounds.

During sleep, your body’s metabolic function slows down, and unless you wake up in the middle of the night to swig some water, you’re not taking in any fluids. Jubilee suggests completely rehydrating before stressing your body with any other food or drink.

Cut back on diet soda and artificial sweeteners

Artificially sweetened beverages may alter the body’s normal metabolic response to sugar, actually increasing appetite! Increasingly, diet drinks are being linked to weight gain, metabolic syndrome and a host of other ills.

A big part of the body’s job—breaking down food so that the body can absorb nutrients—has been outsourced to our Nutribullets and Vitamixes. That means that the body is expending much less energy than it would if we were eating kale, spinach, and bananas in their solid form.

Being deficient in essential minerals can show up in all kinds of ways, such as fatigue and anemia, but an iron deficiency can also be a blow for your metabolic health. See, your body can’t work as efficiently to burn calories when it doesn’t have what it needs to work properly. On the other hand, when you treat iron deficiency with sufficient iron intake, you can lose weight and improve metabolic parameters such as lowering blood pressure and bad cholesterol levels.

While drinking in moderation every so often won’t do too much harm to your waistline, making it a habit can slow down your metabolic rate. Why? When your body has a cocktail to break down, it takes precedence over any food that you’ve already eaten that’s waiting to be digested. This slows down the entire metabolic process. On the occasions that you decided to indulge, stick to low-calorie drinks. Alternate your alcohol with water to slow your pace, and cut yourself off after two drinks. Avoid ordering high-cal bar food like fries and burgers. An important note: Wine in moderation can have numerous benefits, including weight loss.

Avocado contains metabolism-enhancing monounsaturated fat. And that’s not all. Each creamy fruit is also packed with fiber and free-radical-killing antioxidants. Free radicals are destructive rogue oxygen molecules—natural byproducts of metabolism—that trigger various chain reactions in the body that destroy cells and DNA, causing all kinds of health problems. Antioxidants in fresh fruits and vegetables can help neutralize some free radicals, but they can’t reach the mitochondria—the base camp for the free radical army—and that’s a problem.

Eat one or two egg yolk

Although it’s true that egg whites are low in calories, fat-free, and contain most of the protein found in an egg, eating the entire egg is beneficial to your metabolism. The yolk contains many metabolism-stoking nutrients, including fat-soluble vitamins, essential fatty acids and—most significantly—choline, a powerful compound that animal research shows can prevent the storage of fat around your liver. Worried about cholesterol? New studies have found that moderate consumption of one to three whole eggs per day has no negative effect on 70 percent of the population’s lipid (fat) profile and may actually improve it.