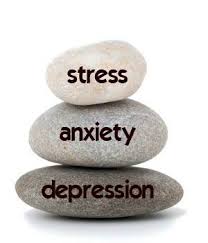 Depression and anxiety disorders are different, but people with depression often experience symptoms similar to those of anxiety disorder, such as nervousness, irritability, and problems sleeping, and concentrating. Each behavior however, has its own emotional and behavioral symptoms.

Here’s a look at nine types of depression and how they affect people.

People with major depression experience symptoms most of the day, every day. Like many mental health conditions, it has little to do with what’s happening around you. You can have a loving family, tons of friends, and a dream job. You can have the kind of life that others envy and still have depression.

Even if there’s no obvious reason for your depression, that doesn’t mean it’s not real or that you can simply tough it out.

It’s a severe form of depression that causes symptoms such as:

These symptoms can last weeks or even months. Some people might have a single episode of major depression, while others experience it throughout their life. Regardless of how long its symptoms last, major depression can cause problems in your relationships and daily activities.

Some symptoms of persistent depression include:

Though it’s a long-term type of depression, the severity of symptoms can become less intense for months at a time before worsening again. Some people also have episodes of major depression before or while they have persistent depressive disorder. This is called double depression.

Persistent depression lasts for years at a time, so people with this type of depression may start to feel like their symptoms are just part of their normal outlook on life.

In order to be diagnosed with bipolar I disorder, you have to experience an episode of mania that lasts for seven days, or less if hospitalization is required. You may experience a depressive episode before or following the manic episode.

Depressive episodes have the same symptoms as major depression, including:

Signs of a manic phase include:

In severe cases, episodes can include hallucinations and delusions. Hypomania is a less severe form of mania. You can also have mixed episodes in which you have symptoms of both mania and depression.

Some people with major depression also go through periods of losing touch with reality. This is known as psychosis, which can involve hallucinations and delusions. Experiencing both of these together is known clinically as major depressive disorder with psychotic features. However, some providers still refer to this phenomenon as depressive psychosis or psychotic depression.

Hallucinations are when you see, hear, smell, taste, or feel things that aren’t really there. An example of this would be hearing voices or seeing people who aren’t present. A delusion is a closely held belief that’s clearly false or doesn’t make sense. But to someone experiencing psychosis, all of these things are very real and true.

Depression with psychosis can cause physical symptoms as well, including problems sitting still or slowed physical movements.

Perinatal depression, which is clinically known as major depressive disorder with peripartum onset, occurs during pregnancy or within four weeks of childbirth. It’s often called postpartum depression. But that term only applies to depression after giving birth. Perinatal depression can occur while you’re pregnant.

Hormonal changes that happen during pregnancy and childbirth can trigger changes in the brain that lead to mood swings. The lack of sleep and physical discomfort that often accompanies pregnancy and having a newborn doesn’t help, either.

Symptoms of perinatal depression can be as severe as those of major depression and include:

Women who lack support or have had depression before are at increased risk of developing perinatal depression, but it can happen to anyone.

Premenstrual dysphoric disorder (PMDD) is a severe form of premenstrual syndrome (PMS). While PMS symptoms can be both physical and psychological, PMDD symptoms tend to be mostly psychological.

These psychological symptoms are more severe than those associated with PMS. For example, some women might feel more emotional in the days leading up to their period. But someone with PMDD might experience a level of depression and sadness that gets in the way of day-to-day functions.

Other possible symptoms of PMDD include:

Similarly to perinatal depression, PMDD is believed to be related to hormonal changes. Its symptoms often begin just after ovulation and start to ease up once you get your period.

Some women dismiss PMDD as just a bad case of PMS, but PMDD can become very severe and include thoughts of suicide.

Seasonal depression, also called seasonal affective disorder and clinically known as major depressive disorder with seasonal pattern, is depression that’s related to certain seasons. For most people, it tends to happen during the winter months.

Symptoms often begin in the fall, as days start to get shorter, and continue through the winter. They include:

Seasonal depression may get worse as the season progresses and can lead to suicidal thoughts. Once spring rolls around, symptoms tend to improve. This might be related to changes in your bodily rhythms in response to the increase in natural light.

But it’s brought on by specific events or situations, such as:

Of course, it’s normal to feel sad and anxious during events like these — even to withdraw from others for a bit. But situational depression happens when these feelings start to feel out of proportion with the triggering event and interfere with your daily life.

Situational depression symptoms tend to start within three months of the initial event and can include:

Atypical depression refers to depression that temporarily goes away in response to positive events. Your doctor might refer to it as major depressive disorder with atypical features.

Despite its name, atypical depression isn’t unusual or rare. It also doesn’t mean that it’s more or less serious than other types of depression.

Having atypical depression can be particularly challenging because you may not always “seem” depressed to others (or yourself). But it can also happen during an episode of major depression. It can occur with persistent depression as well.

Other symptoms of atypical depression can include:

How do I know which type I have?

If you think you might have any type of depression, it’s important to follow up with a doctor. All depression types discussed in this article are treatable, though it might take some time to find the right treatment for you.

If you’ve had a previous bout of depression and think it may be happening again, see your psychiatrist or other mental health professional right away.

If you’ve never had depression before, start with your primary care physician. Some symptoms of depression can be related to an underlying physical condition that should be addressed.

Try to give your doctor as much information about your symptoms as you can. If possible, mention:

It might feel uncomfortable, but try to tell your doctor everything. This will help them give you a more accurate diagnosis and refer you to the right type of mental health professional.

If you think someone is at immediate risk of self-harm or hurting another person: