Secret Signs He is Into You 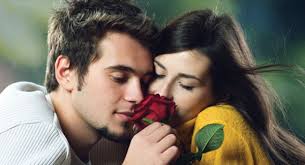 He reaches out first

Of course, you have to consider context. If he’s only texting you at 2 am after a drunken night out, or his idea of a “date” with you when you’ve only just met is you coming over to his place for some Netflix, then he’s still being goal-oriented, he’s just probably not trying to score a date or a relationship with you, he’s just trying to score.

He always seems happy around you

If a man seems stressed out and anxious around you, this isn’t a good sign.

How can you tell if he’s happy around you? This is really very simple. He’ll seem relaxed, he’ll make eye contact with you, and he’ll smile.

If he’s anxious he won’t be able to settle down and just have a good time with you, and you’ll feel it. It won’t necessarily be related to something you’re doing or not doing—maybe you just don’t click. He may also seem distracted, and maybe be looking around the room and just not focused on you.

But if he does seem happy and relaxed around you, it’s a good sign he likes you.

A man who’s into you will not give up unless he gets a very clear sign from you that you’re not interested.

This won’t be in a creepy way, meaning he’s not going to keep going after you no matter how you act or what you do. He’ll just really want to win you over and will put in the effort to do so as long as you show at least some interest.

A lot of women worry about a guy thinking she doesn’t like him. They think the reason he hasn’t asked her out is because she hasn’t been warm enough or obvious enough about her interest. But this isn’t the case unless she’s being extremely cold toward him. If he’s into you, he will pursue you given very little encouragement.

Of course, guys do fear rejection, but as long as you give him some signal that you’re interested, he’ll pursue you … and he won’t stop until he gets you!

A man who wants something real with you will make an effort to see you, and he’ll make real plans … again, not at 2 am and not Netflix!

Remember that all men are not the same. Some men are good at planning awesome dates and some just aren’t. How elaborate a date is isn’t necessarily going to determine how into you he is. But if he’s into you, he will be asking you out (not in!) and he’ll be paying attention to what you like to do.

Maybe he’ll default to movie and dinner dates, or a walk in the park, or getting a drink, but he’ll be initiating spending time with you.

When a man is into a woman, it’s written all over him, from head to toe.

He’ll make eye contact with you and he’ll find excuses to touch you. He’ll lean in when you speak, maybe angle his feet toward you. He’ll definitely smile, a lot.

You need to pay attention to how you feel when you’re with him, too. If he’s exhibiting body language that says he’s into you, you’re going to feel good around him.

You’ll feel okay opening up to him about everything in your life. You won’t be embarrassed about hobbies that might not seem “cool” enough, you’ll own them! You’ll tell him about embarrassing relatives or problems you have with friends, and he won’t judge you or criticize you.

The key is, with the right person you’ll want to share both the good and the bad … and you don’t worry about feeling judged.

He really listens to what you have to say

A guy who likes you will be genuinely interested in you and your life. He’ll ask questions because he wants to know more. He’ll remember the details about things you’ve told him before, and the next time you see him he’ll ask for updates.

A guy who’s not really into you won’t pay attention. He won’t ask questions at the time, and later on it’ll be like the conversation never happened. That job interview you were so worried about? He doesn’t even ask how it went … or remember you ever telling him about it.

When a man likes you, he’s going to make things concrete. He won’t talk about the future in an abstract or unrealistic way, and he won’t only talk about vague plans for things he wants to do with you really far into the future. Instead, he’ll make actual plans for the short-term future and he’ll follow up on those words with actions.

He brings you into his life

When a man likes you, he’s going to make things concrete. He won’t talk about the future in an abstract or unrealistic way, and he won’t only talk about vague plans for things he wants to do with you really far into the future. Instead, he’ll make actual plans for the short-term future and he’ll follow up on those words with actions.

When you’re with the wrong guy, he’s going to want to compartmentalize his relationship with you. He’ll live his own life separately from you. Maybe he’ll talk about his friends and family with you (words) but he’s not going to introduce you (actions).

A man who’s into you wants you to meet his friends and family. He won’t just talk about his favorite spots to hang out, he’ll take you to them. He’ll want to show you his favorite museum, coffee shop, or bar.

A man who really likes you wants you to know more about him, and that will mean letting you in on his favorite hobbies and passions. Basically, he’ll let you in on his people, places, and things.

He opens up to you

Can he be his authentic self with you, remove his “mask?”

If you never quite feel like he’s being real with you, it’s a bad sign. It’s not necessarily going to happen immediately, but if he’s relaxed and happy around you, he’ll open up and be his real self around you pretty quickly.

How can you tell if a man is opening up to you? One sign is that he talks about his dreams and ambitions with you. This can be personal for a guy because dreams are something he can fail at, so there’s risk involved in sharing them with you.

If he’s opening up to you and talking about what he’s working toward in terms of his future—maybe a new business venture or career change—then that means he feels a certain amount of trust in you and is opening up, and he’s not going to do that unless he likes you.

He cares about your needs

When someone likes us, they care not just about their own needs, they care about ours, too. This goes for friends and family, and we know what it feels like to have those people in our lives care about our needs.

It’s not so different when the man in your life cares about your needs. When he does, you’ll feel like you’re being taken into account. He’s going to listen to you and makes compromises to meet your needs, and it won’t be because you demanded it or forced him to.

A man who’s into you genuinely wants to make you happy, and his actions will show it.

(Caveat: It isn’t his job to make you happy and cater to you. A guy who likes you will want to make you happy, but he isn’t obligated to do so. Only you can control your level of happiness. It comes from within. And caring about your “needs” doesn’t entail him texting you every five minutes because you won’t feel secure in the relationship otherwise. It’s not about catering to a needy mindset, most men have no tolerance for that. It’s about caring about you as a person and what you need in a relationship … within reason.)

When he likes you, really likes you, you just know. It will be crystal clear to you and everyone around you.

If you’re agonizing over whether or not he’s into you, analyzing his every move, scrutinizing his every text, then you probably have your answer.

What Are Some Of The Most Awesome Psychological Facts?

How to get over a break up