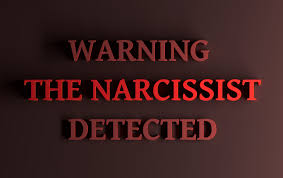 A narcissist is a person who has excessive admiration or interest for themselves, is full of egoism, and pride.

This is a disorder in which a person has an inflated sense of self importance. It is mainly found in men.

The cause of the disorder is unknown but likely involves a combination of genetic and environmental factors.

Symptoms include excessive need for admiration, disregard for others’ feelings, an inability to handle any criticism, and a sense of entitlement.

The disorder needs to be diagnosed by professional and treatment is talk therapy.

What are the common traits of a narcist

2.Frequently bored or dissatisfied– Overt narcissism is characterized by extroversion and rebelliousness, feelings of restlessness and impatience in response to external constraints or behavior.

3.They have a high degree of self reference– narcissists always think about themselves in all situations. In relationships, the other person ends up making decisions based on how they perceive the narcist will react.

4.They do not appear to be seriously disturbed– often on the surface, narcissists appear to be quiet and warm, friendly, and socially affable. They tend to show more intelligence, extremely talented with people, and often serve in leadership positions, with great influence on others.

6.They are envious– narcissists often envy other people. Their chronic sense of emptiness is reinforced by the belief that they deserve what others have.

8.Rapid emotional expression– narcissists can quickly switch from calm to anger and back to expression of complete emotional void.

9.Extremly independent– narcissists tent to be utterly self-sufficient. They often present as detached, aloof, and “above” others.

10.Predictably unpredictable– with their inconsistent behavior, narcissists may not display responses as expected by others.

12.Master manipulators– narcissists have a tendency to fool others by coming across as experts; arguing their points very convincingly; using implication to cause others to doubt themselves; chronic gas-lighting; being dishonest. Narcissists are experts at “smoke and mirror” presentations.

13.The lie– narcissists lie at face value. They might lie to support an argument, a certain mood, or to have an implication.

14.Extremely self-centered and selfish– they often feel that their needs have to be met. People can only be satisfied in their relationships with narcissists as long as the narcissist’s needs are being met.

How to get over a break up

Secret Signs He is Into You