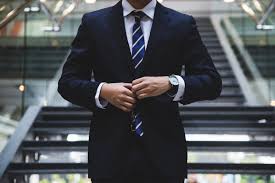 The rich would rather be educated than entertained.

Corley wrote that 88% of rich people “devote thirty minutes or more each day to self-education or self-improvement reading” and that “most did not read for entertainment.”

“The rich read to acquire or maintain knowledge,” he said.

Corley found that they tended to read three types of books: biographies of successful people, self-help or personal development books, and history books.

“Seventy-six percent of the rich aerobically exercise 30 minutes or more every day,” Corley said. Aerobic exercise includes anything cardio-focused, such as running, jogging, walking, or biking.

He added: “Exercise also increases the production of glucose. Glucose is brain fuel. The more fuel you feed your brain, the more it grows and the smarter you become.”

They hang out with other successful people

“You are only as successful as those you frequently associate with,” Corley wrote. “The rich are always on the lookout for individuals who are goal-oriented, optimistic, enthusiastic, and who have an overall positive mental outlook.”

To surround themselves with good people, many self-made millionaires turn to charity, Corley said.

“This is why so many wealthy people volunteer for charitable organizations, civic groups, or trade groups. It helps them expand their network of other success-minded people,” he wrote.

“Dream-setting involves scripting your ideal future life,” Corley said. “In this process, you define your future life, the future you, by imagining all your dreams coming true; then you put it to paper in five hundred to a thousand words.”

They pursue their own goals

“Pursuing your own dreams and goals creates the greatest long-term happiness and results in the greatest accumulation of wealth,” Corley wrote.

While too many people make the mistake of chasing someone else’s dream — such as their parents’ — rich people define their own goals and pursue them relentlessly and passionately.

They sleep at least seven hours a night

“Sleep is critical to success,” Corley wrote. In his study, 89% of the self-made millionaires reported sleeping seven or more hours every night.

“Sleep accomplishes so many things behind the scenes,” including memory formation, he said.

They get up early

Nearly 50% of the self-made millionaires in Corley’s study said they woke up at least three hours before their workday actually began.

It’s a strategy to deal with inevitable daily disruptions, such as a meeting that went too long, egregious traffic, or having to pick up your sick kid from school.

“These disruptions have a psychological effect on us. They can drip into our subconscious and eventually form the belief that we have no control over our life,” Corley wrote. “Getting up at five in the morning to tackle the top three things you want to accomplish in your day allows you to regain control of your life. It gives you a sense of confidence that you, indeed, direct your life.”

They have multiple sources of income

“Self-made millionaires do not rely on one singular source of income,” Corley said. “They develop multiple streams.”

He said that “three seemed to be the magic number in my study,” adding that 65% “had at least three streams of income that they created prior to making their first million dollars.”

Examples of these additional streams are real-estate rentals, stock-market investments, and part-ownership in a side business.

They find and check in with mentors

“Finding a mentor puts you on the fast track to wealth accumulation,” Corley wrote.

“Success mentors do more than simply influence your life in some positive way,” he continued. “They regularly and actively participate in your success by teaching you what to do and what not to do. They share with you valuable life lessons they learned either from their own mentors or from the school of hard knocks.”

How to Market and Advertise Your Business

How to Start an Online Business